Bullying Prevention Month: What Parents Should Know About Bullying and Hazing 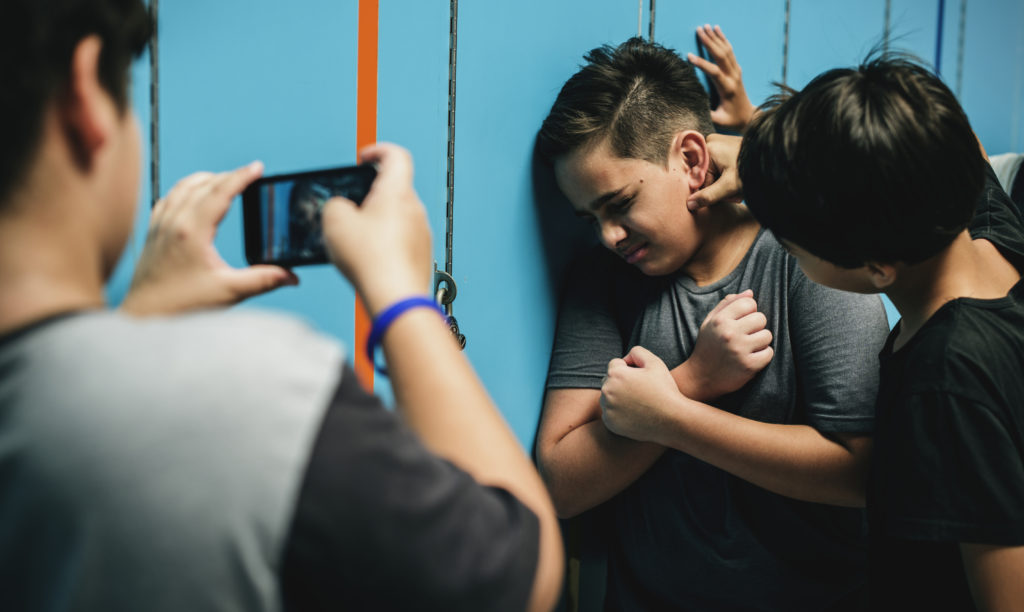 Every October, the U.S. recognizes National Bullying Prevention Month with efforts to raise awareness and reduce incidents of bullying. While bullying is most common in middle school, as students enter high school and college they are at increasing threat of hazing. Both forms of harassment among students are on the rise; 28% of U.S. students between grades 6 and 12 say they’ve experienced bullying, while 22% of Americans ages 18-34 report being hazed in high school and 11% say they were hazed in college.

Bullying and hazing have many similarities, but the national non-profit organization HazingPrevention.Org defines the difference this way: “Bullying is about exclusion. Hazing is about inclusion.” Here’s what parents and students should know about bullying and hazing, and how they can respond when it happens.

The StopBullying.Gov initiative of the U.S. Department of Health and Human Services identifies the key components of bullying as unwanted aggressive behavior; observed or perceived power imbalance; and repetition of behaviors or high likelihood of repetition. It distinguishes between bullying that is direct (occurring in the presence of the targeted youth) and indirect (communicated to others, like spreading rumors).

About 9% of students in grades 6-12 report being cyberbullied, which can include “verbal aggression (e.g., threatening or harassing electronic communications) and relational aggression (e.g., spreading rumors electronically). … Cyberbullying can also involve property damage resulting from electronic attacks that lead to the modification, dissemination, damage, or destruction of a youth’s privately stored electronic information.”

In the state of Ohio, the Ohio Revised Code defines bullying as “any intentional written, verbal, electronic, or physical act that a student has exhibited toward another particular student more than once,” behavior that both “causes mental or physical harm to the other student” and “is sufficiently severe, persistent, or pervasive that it creates an intimidating, threatening, or abusive educational environment for the other student.”

HazingPrevention.Org defines hazing as “any action taken or any situation created intentionally that causes embarrassment, harassment or ridicule and risks emotional and/or physical harm to members of a group or team, whether new or not, regardless of the person’s willingness to participate.” That organization points to three common factors found in hazing activities:

Hazing is most common among athletic teams, fraternities and sororities and other clubs. Hazing incidents making headlines across the country show the many forms it can take – forced consumption of alcohol, enduring sleeplessness or beatings, public humiliation or requirements that initiates engage in illegal activities.

How Parents Can Fight Back

With regard to bullying, there is no specific law in the state of Ohio that allows victims and their families to sue for harassment, intimidation or bullying. However, families can file claims under other state and federal causes of action. In each bullying case, the circumstances will depend upon the facts of the case.

Hazing is a crime in 44 states, including Ohio. Those who participate in school hazing can face criminal charges, but if hazing occurs in an educational setting, several parties can also potentially be held liable. According to Ohio Revised Code, victims may sue the school and/or school employee who “knew or reasonably should have known” about the hazing and who did not make “reasonable attempts to prevent it.” Ohio law also states that hazing victims can bring a civil lawsuit against their offenders.

Victims can file a lawsuit in federal or state courts. Lastly, students, private schools, public school districts, and school or school district employees may be held liable for this type of behavior and also subject to a lawsuit.